What Your Golf Game Reveals About Your Personality 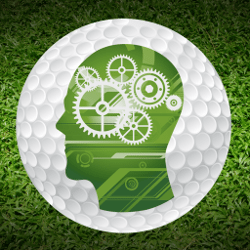 Even with the influx of a new generation of players raised on rap and heavy metal, golf is still a refined sport. Unlike basketball and football, where tantrums and grandstanding are almost as natural as a good scratch, golf is not a venue for venting fury, showcasing pierced body parts or chewing on ears. But don’t let those demure Calvin Klein sweaters and sedate Polo shirts fool you. They often cover repressed emotions worthy of a wrestler.

“The golf course is really a mini-psychology lab,” David “Cov” Covington, CEO and owner of Blue Chip Socks, an Internet-based business that sells socks direct from the manufacturer at 50 percent less than retail costs. The company’s Web site, www.bluechipsocks.com, is home to the Web’s first locker room for golfers. “By analyzing the play of fellow golfers, you gain an understanding of their personality that you might not get in a couple of group therapy sessions.”

Tobias Schreiber, a licensed professional therapist in Augusta, Ga., agrees. “Golf and business are both competitive arenas,” he says. “Any trait you see in a person repeatedly on the golf course is probably part of their personality and carries over into other aspects of their lives.”

But you can’t make assumptions based on one round, he cautions. Even emotionally healthy people can have a really bad day. “If you see consistent behavior patterns, though, you can bet that these traits will show up under the right circumstance in the business world or at home.”

Take, for example, The Cheaters. They fudge with markers, overlook strokes and reposition balls in the rough. Other players notice, but are often too stunned or embarrassed to call them to task. “Most cheaters are highly competitive people with narcissistic ego structures. They’re driven to maintain an image of power and control at all costs,” says Mr. Schrebier. “At heart, they suffer from an underlying sense of inadequacy.”

While most high achievers who want to do well at golf take lessons and attend clinics to improve their skills, cheaters choose to alter the playing field instead. If they’re experiencing problems at work, they might rely on the same tactics. They could, for instance, falsify records or undercut others to maintain their image.

Do they feel guilty about it? “Not necessarily,” Mr. Schreiber says. “They view it as a necessary action.” (See the sidebar, “Whatever It Takes” for a real life tale of a cheater.)

Then there are The Hot Heads. You’ve seen them. They stalk the course like a mildly sedated Dennis Rodman. They bang their clubs on trees, mutter obscenities and make everyone around them uncomfortable. Their inappropriate behavior tends to distance and intimidate others. “Rage is an infantile emotion — a primal defense against feelings of weakness,” Mr. Schreiber says. “Rageful people are actually age-regressing and acting out frozen emotions. Rage usually masks deeper feelings. Such people are often infuriated at their own sense of vulnerability and inadequacies.”

In any sport, Mr. Schreiber notes, there’s an optimum level of arousal that can actually improve play. “In golf, this is very low because the game requires precision and control. If you pass that bar, it’s downhill all the way, so anger is really self-defeating.”

Bet on your favorite golfers and PGA tournaments at MyBookie! Redeem the MyBookie promo code at https://usacasinocodes.com/mybookie-bonus-codes-promos/ and get up to $1000 in betting credits!

People who routinely exhibit rage on the golf course may experience a chronic state of anger that manifests itself on the job as well. “For obvious reasons, they usually direct it at those with less power,” Mr. Schreiber says. They might, for example, blow up if a secretary misplaces a file, overreact when their assistant makes a minor mistake or scream at a courier whose delivery is a day late.

While hot heads act out their feelings, The Obsessors internalize them. Their behavior may not be as visible as anger, but it’s equally disruptive. “They are not living in real time,” Mr. Schreiber says. Instead of shaking off a bad shot and moving on, obsessors tend to replay it again and again in their minds, chastising themselves for poor performance in a kind of mental self-flagellation. They focus on the negative.

Obsessors, too, suffer from a misperceived image of power and control. Rather than cheat to maintain that image, however, they blame themselves for not being good enough to live up to it. Their reasoning may go something like this: I hit a bad shot, therefore I’m a bad person.

Golfers who ruminate about their play are likely to micromanage in a business environment. They don’t like to delegate because they fear no one can do the job right. They might stand over their assistants while they compile a report or check and re-check columns of budget figures.

Then there are The Sulkers. If they’re having a bad round, they shroud themselves in silence. Their faces harden. Their movements become jerky and unnatural. They sigh deeply. When asked what’s wrong, they mutter, “Nothing.” If they’re having a good round, on the other hand, they don’t get particularly excited. Sulkers know that things just don’t work out for them.

“Sulkers don’t have a healthy view of themselves in relation to the natural frustrations of life. They tend to feel persecuted by the same minor problems that plague us all,” Mr. Schreiber says. They exaggerate the importance of small things and focus on the negative. Sulkers really want sympathy and nurturing, but their behavior actually has the opposite effect. It pushes people away.

“This behavior almost always carries over into other environments,” Mr. Schreiber says. Golfers who sulk on the course are likely to pout in the office as well. They may complain constantly about their workload, grip about a company policy they consider unfair and seethe over a colleague’s promotion.

“Cheating, anger, obsessing and sulking are all due in part to distorted perceptions of identity,” Mr. Schreiber says. “Many people have an idea of how they should be viewed in a competitive arena. Then they behave in a manner designed to maintain that identify.” This means they are fixated on the end results rather than enjoying the course, the camaraderie and the weather. Golf, for them, becomes just another stressor.

If you play with a golfer who could use a little time on the couch, Blue Chip Socks has an easy way for you to break the news. Point your browser to www.bluechipsocks.com, click Bull Market, then select Scandal Sheet. After answering a few fill-in-the-blank questions, you’ll be rewarded with a customized newspaper article that mentions the offending player by name, complete with quotations from others in your foursome highlighting the offensive behavior.

You can present this to him or her as a gag, along with a pair of Blue Chip Socks to soften the blow. Their Knitted-In Arch Support System and odor-controlling yarns won’t improve the player’s emotional health, but they will make his feet feel better.

What do you think?

Leave us your thoughts below!

Our UK visitors can bet on golf at William Hill. Find details on the William Hill promo code offer at http://williamhillpromocode.co.uk/william-hill-sports-promo-code-free-bets/.

Wow, this is one of the best articles I've ever read about golf in my life! After I had a frustrating round with a cheater yesterday I ran into this, and it just blew me away. I found myself to be in some of the categories mentioned in this article too. I felt that I've learned so much from it. Thank you!