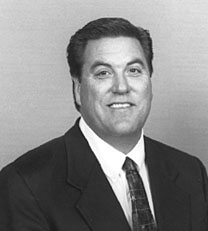 This award, established in 1988, is given by the PGA of America to a PGA professional who has supported junior golf throughout the past several years, and made contributions in the area of junior golf, especially the promotion and development of junior golf programs on the local and national level.

Cox, a PGA member since 1977, began his golf career as a caddy at Pampa Country Club in Pampa, TX. In return for his work as a caddy, he was granted course privileges at Pampa CC where he learned to love the game. He continued to develop his game throughout high school, and worked toward his PGA card after graduation. It was this generous opportunity at Pampa CC that has held Cox to Amarillo.

Cox says that “opportunity motivates him in golf.” He wants to give juniors the same opportunity he was given to learn the game of golf. He feels that the rewards he has received from golf have helped change his life, and the game may do just that for some juniors as well.

“It is our responsibility as golf professionals to promote golf to juniors regardless of their economic standing,” says Cox. “We have to get clubs in their hands, provide quality instruction, and make golf courses accessible to the kids.”

As if Cox isn’t busy enough in Amarillo, he has also served on the board of the NTPGA for the last 16 years, and is now the Chairman of the NTPGA Junior Golf Foundation Committee. He has helped the junior program grow into an organization that runs a summer tour for about 2700 juniors.

Cox has watched this program grow tremendously for the past 5 years, and has lobbied for a national tour to be run by the PGA of America. The PGA has finally begun this national tour, and hosted 10-12 events this past summer all over the country, including one here in North Texas at Hyatt Bear Creek. This National Tour has been established to give as many juniors as possible the ability to compete in a championship event, and is set up with two age divisions for both boys and girls, 12-14 and 15-18. Golf in the SouthWest

Although Cox was given the award from the PGA, he feels that he was just in the right place at the right time and, is quick to share the praise. In addition to all of the pros throughout Texas who host junior tournaments and give junior clinics, he wishes to recognize the following:
The NTPGA Staff:
Darrell Crall-Executive Director
Chris Knight-junior director
Lorri Young
Diane Clark
As well as the following for their continued support of junior golf:
Kim Brown
Dan Strimple
Coy Sevier
Dick Williams
George Privolo
Golf in the SouthWest

Sherwin Cox has also received many other awards including

Who were your idols when growing up?

What are your favorite courses in Texas?

SC: “The Fazio Course at Barton Creek, as well as both courses at Hyatt Bear Creek.”

What advice would you give to juniors who are looking to become club pros?

SC: “The golf business is a lot of work, you don’t get to play as much as you think but at least you get to be around golf. It is a great career, the people are the best. You have to work hard and pay your dues to get to the top!”