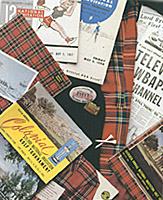 A Special Time for Colonial and Hogan

As Colonial’s young tournament entered the 1950s it was quickly rising to the top of national prominence for professional golf events. The 1950 event was eagerly awaited if for no other reason than the 1949 tourney had been canceled, and Hogan was back.

Sam Snead But there were other reasons for excitement. Sam Snead, who reportedly disliked the galleries at Colonial for their bias toward Hogan, was the Tour’s leading money winner coming in. He had already won four tournaments that year, beating Hogan in a playoff for one of them. Hogan then whipped his rival by 10 shots at Snead’s home Greenbrier tournament. Folks relished the idea of a Snead-Hogan duel at Colonial, but never got it. Snead eagled the first hole on the first day and never looked back. Leading start to finish, Snead won by three shots, and Hogan never got within four. Snead’s game was so flawless that one writer remarked, “Snead missed a belt loop when he put his pants on for the first round. It was the only mistake he made.”

Colonial made history in 1950 by introducing the first scoreboard system with telephone service from all 18 greens. (That system is intact today, with radios, and still surpasses all the electronic/computer gadgetry tried in scoring for quickness and accuracy.) Local WBAP-TV broadcast weekend action into area homes. (The U.S. Open wasn’t televised until 1954!) After Saturday’s round, the committee presented Snead with a birthday cake on #18 while Jimmy Demaret led the crowd in “Happy Birthday.” Demaret had such a good time at the tournament that after Sunday’s award presentations, he closed the proceedings by singing “Some Enchanted Evening.”

In 1951 Hogan threatened to win again and led the first two rounds, but the former dentist Cary Middlecoff won the event with an over-par total on Colonial’s layout, which some were now calling the toughest par 70 in the world. Middlecoff commented that “If I had to play this course every day for a living, I’d go back to pulling teeth.”

The following year, Colonial almost lost its second tournament in five years. Just one month before the 1953 event, a devastating fire roared through the clubhouse. Proud officials, however, declared that “the course is still there,” so the tournament would be held even “if the clubhouse was a tent.” One month later, reigning Masters champ Hogan burned up the course for his fourth NIT win en route to the most incredible year of his career. His wins in the U.S. and British Opens helped earn him the Hickok Belt as Professional Athlete of the Year. He was the toast of the world, as well as Fort Worth.

Also in 1953, Colonial began the tradition of having Byron Nelson hit the first ball of the tournament each year. Nelson regrettably never won Colonial in his semi-retirement, but 1954 marked his best finish here, a tie for third. Johnny Palmer claimed the title that year. In 1955 Chandler Harper destroyed the field for an eight-stroke victory. Finishing in last place that year, in his first appearance at Colonial, was young Arnold Palmer.

1956 was a soggy year for the tournament, but Mike Souchak slogged in a champion, edging Tommy “Thunder” Bolt by one shot. The most talked-about item of the event was burly George Bayer’s four-wood to the 18th green during the first round. It ended up on the roof of Colonial’s shiny new three-story clubhouse! Talk about an unplayable lie. Golf Digest reported in a feature article in ’56 that Colonial’s event had reached the “same class of the U.S. Open and Masters.”

Rain soaked Colonial again in 1957, requiring a 36-hole Sunday, and champion Roberto De Vicenzo claimed he didn’t even know he was in the hunt until after he finished. All 48 players invited showed up, and it was heralded the “finest field in golf.”

In 1958 a calmer, gentler Bolt finally claimed the Colonial championship, nipping Ken Venturi by one shot in yet another rainy tournament. The showers began early in the week, and produced this strange quote from Byron Nelson after the first round. “The course is too wet to be muddy, and, somehow, it’s the driest wet I’ve ever seen.” A sunny weekend saved the event and the tournament’s future.

Ben Hogan To close out the decade in 1959, Hogan claimed his fifth and final Colonial title. He did it with his company’s own clubs in Colonial’s first-ever playoff, defeating Fred Hawkins over 18 holes by four shots. To complete the product endorsement, Hawkins was playing with a brand new set of Hogan clubs himself. It was standard procedure in the day of 18-hole playoffs that the golfers got a piece of the Monday gate. Hogan and Hawkins thus pocketed an extra $549.94 each. It was an emotional, popular win and Marvin Leonard gifted the fabulous Leonard Trophy to Hogan in honor of the achievement. Fittingly, it was the final victory of Hogan’s career. This, too, most assuredly was fate.