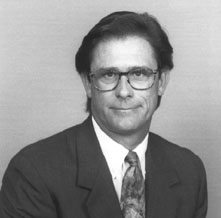 Randy Smith, head pro at Royal Oaks CC, recently received two different awards by the National PGA. He was awarded PGA Golf Professional of the Year, for 1996, and the President’s Plaque, for raising the most money.

A 19 year member of the PGA of America, Smith was awarded the Golf Pro of the Year Award for exemplary service to his Northern Texas section of the PGA. Smith says this award, the most prestigious award given by the PGA, is given to a pro who has given a great deal to their section over the past few years, not just this year.

Smith compares this award to the precious Vardon Trophy, given to the PGA touring pro with the lowest scoring average for the year. Smith says winning this award is “something a golf pro will never forget for the rest of his life,” and that “he did not expect it in any way, shape or form.”

Smith’s dedication to his section is easy to see. Besides running the shop at Royal Oaks and teaching Dallas superstar Justin Leonard, Smith found time to raise over $29,000 for junior golf.

His main fundraiser was a 24-hour golf teaching marathon, which was held at Royal Oaks CC in August.

For his outstanding fundraising efforts, he was awarded his tenth President’s Plaque for raising the most money of all PGA members. Money raised by Smith benefits the Northern Texas Junior Golf Foundation. Golf in the SouthWest

Smith, who grew up in Odessa and attended Odessa Permian High School, played golf at Texas Tech before turning pro during his sophomore year. While continuing to attend school, he worked at Lubbock CC for 2 and 1/2 years.

In Christmas of 1974, Smith accepted a job at Tulsa CC, and worked there until moving to Royal Oaks two years later. Although Smith now spends 70% of his time teaching at Royal Oaks, he is obviously one of the largest contributors to the Northern Texas Junior Golf foundation.

With supporters like these, it is no wonder golf has become one of the most popular sports among juniors today!! Golf in the SouthWest

Randy Smith has also received many other awards including

Who would be in your Fab Foursome?

What are your favorite courses?

What advice would you give to juniors who are looking to become club pros?

RS: “Be open minded and learn everything from all sources, not just one.”